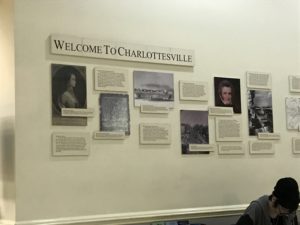 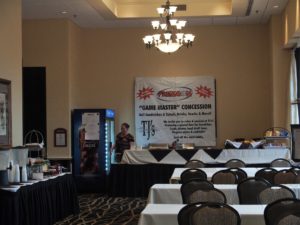 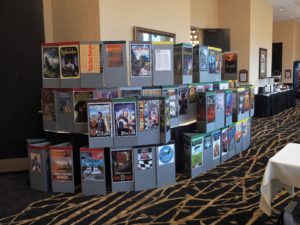 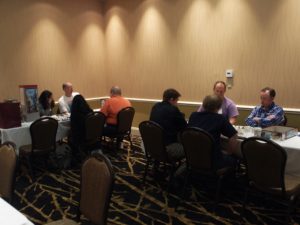 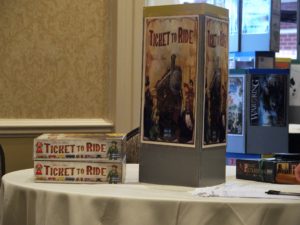 Total Confusion 31 was held in Marlborough Massachusetts on February 23rd to the 26th of 2017. The convention moved to a new venue, the Best Western Royal Plaza. With more space and better lighting the board game space was great to play in and the tournaments were held in separate spaces with less noise and no crowding.

Chairman of the Board: Ian Dembsky

Chairman of the Board is awarded for accumulating the best record in different tournament games. Winning and placing in tournament games earns points, but you can only score for your best game in each tournament. Bonus points are awarded for placing overall in tournaments. Ian won Castles of Burgundy and finished 2nd in Saint Petersburg and Splendor. He also played well in other tournaments. Congratulations Ian.
Catan Regional Qualifier: Ian Dembsky

The Puffing Billy group spends the convention playing railroad themed games and has their own tournament format, giving prizes in the following categories:

There is also a Diplomacy tournament held over the course of convention.
Diplomacy Champ (& Best Italy): Brad Blitstein.