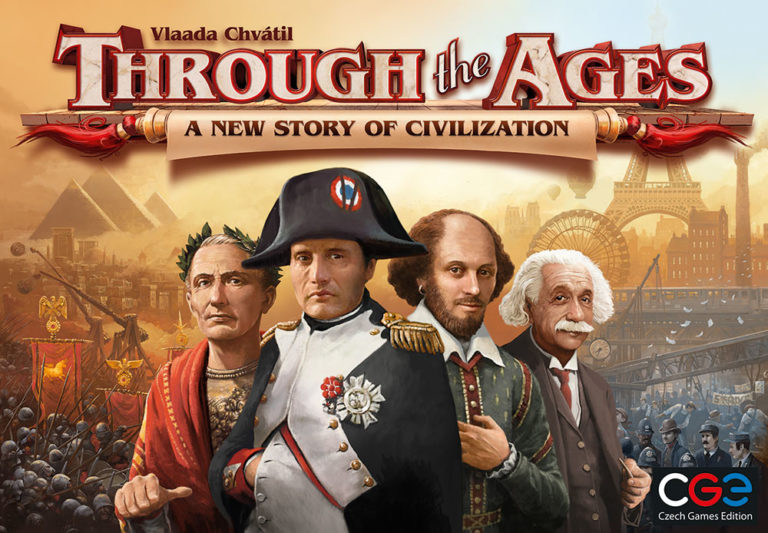 Vlaada Chvátil’s civilization building game based on human history. Published in 2015 by Czech Games Editions. It is a new version of his Through the Ages: A Story of Civilization.

Through the Ages is played in online tournaments of the Meeple League.

The first few seasons were played on www.boardgameing-onlne.com.

The current season is using the application from Czech Games Edition which is avialable on iOS, Android and now on Steam for Windows and Macintosh.

Champions of Through the Ages